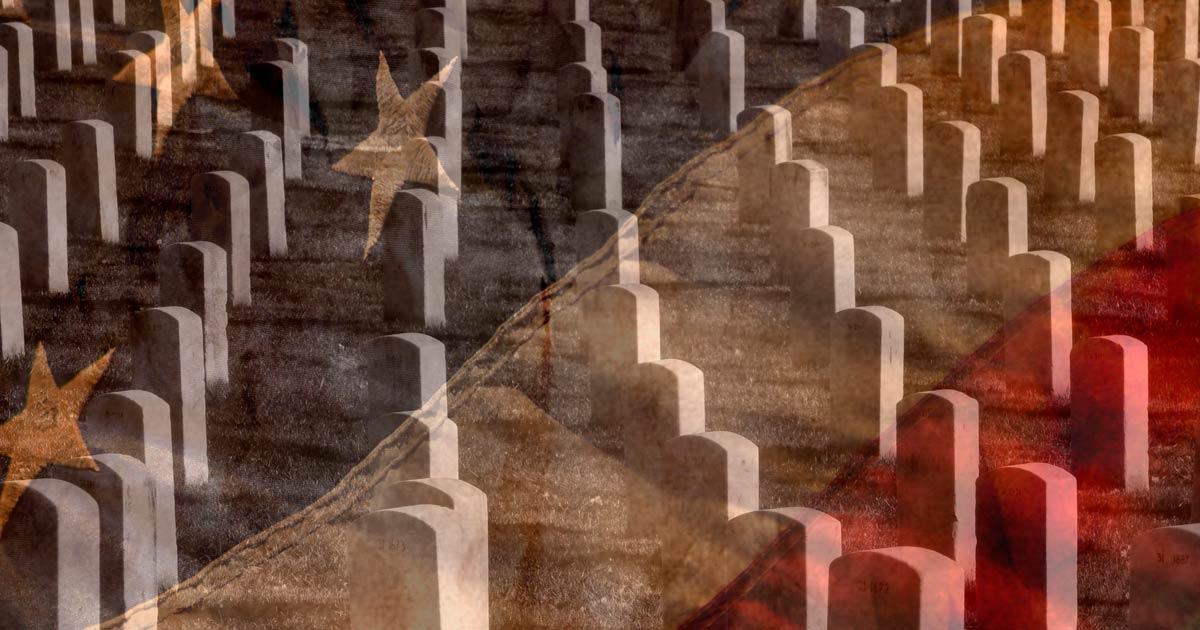 The Biden administration’s announcement in mid-April to withdraw American troops looks like a positive first step in the right direction in ending America’s longest military conflict to date. Undoubtedly, questions remain about the sincerity of such a withdrawal, and whether there will still be a residual military presence left over under the cloak of “counterterrorism” or some type of arrangement with private defense contractors to maintain order in the graveyard of empires.

Looking back, it was rather amusing all the stops the corporate press pulled out to derail former president Donald Trump’s previous attempts to withdraw troops from Afghanistan. The Russian bounty program took the cake as the most significant news story used to thwart Trump’s sensible withdrawal proposal in Afghanistan. On that occasion, the media started spreading stories about Russian military intelligence paying militants connected to the Taliban bounties for killing Americans and allied armed forces in the Afghan conflict. In its predictable salvo against the Trump administration, the corporate press made a major stink about this program throughout the 2020 elections, adding another chapter to the ridiculous anti-Russia saga.

Farcically enough, once Biden was safely installed in office, the US intelligence community began to walk back allegations regarding the bounty program by noting that there was not sufficient evidence from US military intelligence to corroborate its existence. Whether or not Biden’s withdrawal was motivated by politics is up for speculation.

Beyond the partisan implications of the Afghan withdrawal, we have to wonder whether the previous Trump administration squandered a genuine opportunity to break from the liberal hegemonic order that the US government has presided over since the end of World War II.

Naïve as some observers were about the Trump administration functioning as a wrecking ball to this international order, myself included, many underestimated the level of institutional inertia present in the foreign policy bureaucracy along with the constant media propaganda designed to foment tensions with whatever country the ruling class deems to be an adversary.

The election of Donald Trump did offer a tantalizing illusion of hope for noninterventionists and restrainers who questioned the nation-building programs DC undertook in the last few decades. On the campaign trail, Trump made the right noises about the failures of excursions into Iraq. He even cast doubts on the continued viability of entangling alliance arrangements such as the North Atlantic Treaty Organization (NATO), of which the US has been a member of since 1949.

In Trump’s view, the US was the main country shouldering the bulk of the defense burden under this alliance. Trump’s constant complaints did yield some changes in how countries contribute to NATO. For example, Germany ended up boosting its defense spending in order to comply with NATO requirements.

While Trump’s attempt to get NATO member countries to pull more of their weight was solid, it still didn’t address the underlying issue of the US’s involvement in what amounts to an entangling alliance that no longer serves a useful purpose following the Soviet Union’s dissolution three decades ago. We shouldn’t forget that even Dwight Eisenhower, as he was assuming the role of supreme commander of NATO in 1951, declared that “[i]f in 10 years, all American troops stationed in Europe for national defense purposes have not been returned to the United States, then this whole project will have failed.”

NATO was originally designed as a temporary alliance to balance the Soviet Union that would eventually be phased out, not a permanent security arrangement that policymakers could tinker with to satisfy their desires of spreading America’s universal democratic “values.” Little did the former president realize that NATO would continue in existence well into the twenty-first century and serve as a tool for the expansion of the national security state’s interests.

Defense is not exempt from the very “ratchet effect” present in domestic policy, whereby crises provoke increased government activity that becomes difficult to roll back once bureaucratic organizations become cemented. Milton Friedman averred that “[n]othing is so permanent as a temporary government program,” a dynamic present in the modern national security state. What originally starts out as a temporary program later becomes an irreplaceable pillar of public policy. That’s the nature of government growth, and no matter the government agency, it seemingly operates in a uniform manner.

We cannot so easily separate defense affairs from economic affairs, since the common denominator in these activities is the lumbering behemoth that is the state. The state dominates both ambits, with all its attendant flaws. For example, government waste that the average conservative typically groans about is also present in the defense sector. Indeed, there’s nothing special about the government’s defense spending efforts. They are not immune from waste and corruption.

Most proponents of defense spending overlook one of the iron laws of any serious analysis of political economy—Frédéric Bastiat’s concept of the seen and unseen. What is seen are the fancy military toys—the fiscal boondoggle that is the F-35 fighter jet comes to mind. According to some estimates, this weapons system has a lifetime price tag of $1.5 trillion. Gargantuan costs aside, such a weapons system will assuredly make for some great air force recruitment ads. Plus, it will give politicians another program to brag about by making the case that spending vast sums of money is the key to keeping America “safe.”

All the materials needed for the conduct of a war must be provided by restriction of civilian consumption, by using up a part of the capital available and by working harder. The whole burden of warring falls upon the living generation.

A less militaristic economic policy would improve overall living standards, whereas excessive defense spending benefits concentrated interest groups at the expense of everyday Americans. Ending the current state of perpetual warfare will be a tall order. It’s way too easy to say, “Just vote for the right people.” The question at hand is more profound. It goes deeper than whoever is occupying political office at a given time. It’s ultimately ideological in nature.

The Trump administration, which was ostensibly against never-ending wars, had trouble in conducting even the most basic of troop withdrawals. A lot of this can be attributed to the institutional inertia present in the US regime. The rise of the deep state—an unaccountable bureaucracy that has morphed into a permanent shadow government—is no aberration, but rather an indispensable feature of the current administrative state that is buttressed by an interventionist ideology.

The warfare state and welfare state have grown together. Many of the same social engineering precepts that domestic politics is predicated on, ultimately apply to foreign policy, in which interventionist zealots are firmly committed to maintaining the regime’s imperialist project intact.

Although Mises was no pacifist, he understood that Western values such as free speech, free markets, could not be spread at the barrel of a gun. In fact, for Mises, constant warfare was one of the catalysts for despotism. Instead, countries could set a strong moral example to follow by practicing limited government and encouraging peaceful commerce between nations. In Human Action, Mises also observed:

To defeat the aggressors is not enough to make peace durable. The main thing is to discard the ideology that generates war.

A measured retrenchment from foreign affairs would obviously do a lot to reverse many of the lingering side effects of the misguided foreign adventures of the past century and allow America to focus on its internal affairs, which appear to be tearing it apart at the moment. To reach this point, however, interventionist ideologies must be thoroughly discredited.

Too many innocent lives have perished, and trillions of dollars have been spent to continue indulging the quixotic daydreams of foreign policy wonks who will skirt any form of accountability for their misdeeds.