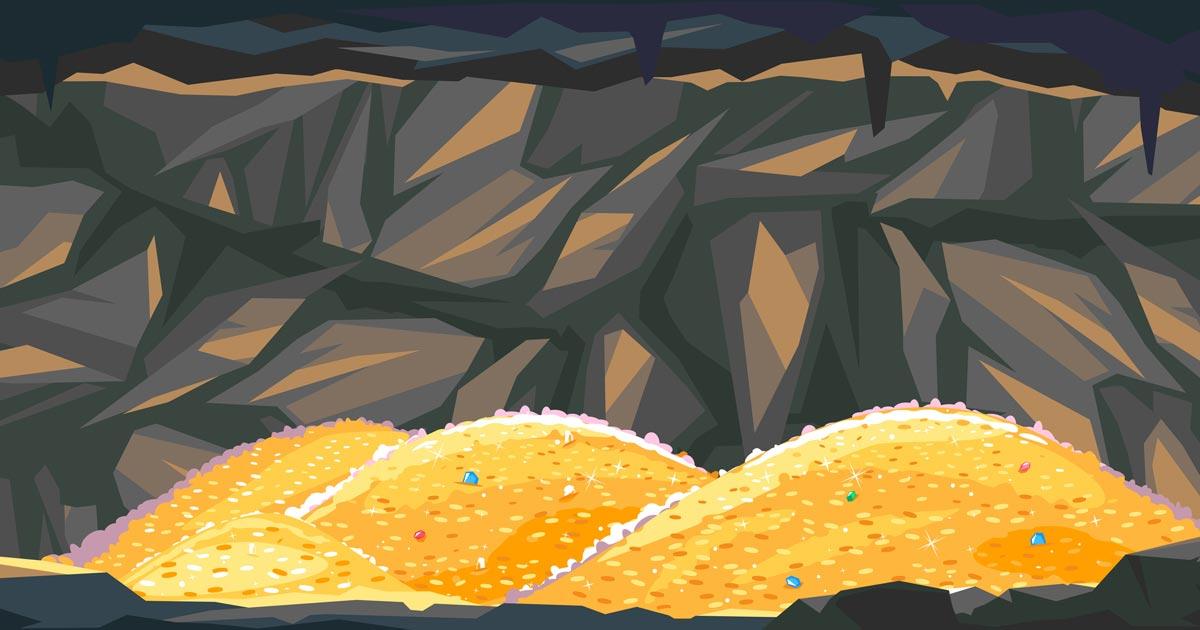 Having marked the quinquagenary of the destruction of the gold standard Sunday, August 15, it is natural to be a little nostalgic for the Bretton Woods system. After all, it might not have been the classical gold standard, but at least it wasn’t as bad as the fiat standard that succeeded it. As sites such as wtfhappenedin1971.com document, that year indeed looks to be a turning point in the economic history of the West. However, the suspension of convertibility of dollars into gold was simply the logical outcome of the system. The PhD standard was not an arrangement that emerged by default in 1971, as governments tried desperately to patch up the international monetary system before its final breakdown in 1973; Bretton Woods was itself the original ideal of government controlling and carefully managing monetary affairs scientifically.

The social engineering was on full display when international delegations from forty-four nations came to the resort town of Bretton Woods, New Hampshire, in July 1944 to agree on how the international monetary system should be set up after the world war. However, in reality the system was an American diktat; while the Europeans were not completely without influence, they were all either bankrupt or still occupied by German soldiers, whereas the Americans were now creditors to the world and sitting on a pile of gold that had flowed into the country in the 1930s and during the war. As Ben Steill documents in his account of the conference, the system agreed upon was essentially that proposed by Harry Dexter White, the creature of Henry Morgenthau. The (more) inflationary plan proposed by John Maynard Keynes was never really a serious alternative, although the arrogant and insufferable behavior of Keynes at the conference probably didn’t do the British any favors.

The system was essentially one of managed, convertible currencies. The currencies of the participating countries were to be convertible into dollars at a fixed rate, and foreign central banks could redeem dollar claims into gold at the fixed rate of $35 per ounce. Thus, a gigantic inflation machine was created: the Americans could increase the supply of dollars with little restraint, since foreign central banks would then use dollar reserves as the basis for their own expansion of the domestic money supply. The watchword for all these deliberations and negotiations was “liquidity,” as the emerging Keynesian orthodoxy lived in mortal fear of a lack of liquidity. Of course, what this meant in reality was that the more inflationary countries wanted someone else to finance the inevitable balance of payments deficits. The Keynes Plan’s only substantial difference from the White Plan was the British wish for more liquidity to finance their balance of payments through Keynes’s International Clearing Union scheme, which would have funded balance of payments deficits and issued its own paper currency, the “bancor”—in other words, a scheme to make the foreigners (i.e., the Americans) bear the burden of British inflation.

The Bretton Woods system began operating in 1945, when the International Monetary Fund (IMF) was set up. American officials were generally in favor of a return to freer trade and financial flows, managed through the new international institutions, of course. Yet while Bretton Woods was officially in operation, there was not much trade going on. Understandable, perhaps, when Europe was only emerging from the war in 1945, but as the forties dragged on, revival of international commerce still seemed distant. This is partly explained by the lingering command economies in Europe. The social democrats now in power were loath to abolish the totalitarian economic controls they had inherited from the Nazi occupiers (or had often enough themselves first instituted in the 1930s), thus stifling any sound economic development. Most famously, German economic revival began in 1948 with the abolition practically overnight of price controls.

Problems in international trade persisted, however, as the Europeans simply had no dollars with which to buy American goods. There was a dollar shortage across Europe, and the new professional economists wrote volumes upon volumes of commentary on this. The problem of a lack of liquidity seemed bound to persist. At least partially, the Marshall Plan was an attempt to give a boost to trade: if the Europeans didn’t have the money to buy American goods, the Americans would have to lend it to them.

This was a complete misdiagnosis. In international trade as elsewhere, to appropriate a line from Jean-Baptiste Say, commodities exchange for commodities. The general poverty of Europe was not, as such, the cause of the dollar shortage, as it would simply take time to rebuild production capabilities. Yet why was there a lack of dollars to carry on trade? Simply because the central planners at Bretton Woods and in the new planning bureaucracies had blundered: European exchange rates were fixed at too high a level vis-à-vis the dollar. Effectively, Europe was starved of dollars, because European currencies were overvalued, and thus European commodities could not exchange for American commodities, as the medium of exchange was lacking. Therefore, only foreign aid was possible, as there was no other way for Europeans to acquire the needed dollars.

Intra-European trade revived more quickly, as the European Payments Union (EPU; 1950–58) allowed the participating countries to clear claims and counterclaims against each other. Every country kept a balance with the EPU in “European Units of Account,” defined as 0.888671 grams of gold, the supposed gold content of one dollar. Every month, the EPU would clear claims and counterclaims and each country would have to settle the net claim on it with the EPU (or receive a credit to its account, as the case may have been). The monthly clearing ensured that the EPU did not devolve into the liquidity machine the Keynesians dreamed of, although modest sums could be borrowed to offset short-term fluctuations in the balance of payments. European currencies were still not convertible into dollars, however, and the Bretton Woods system was thus in reality still not in operation, but this changed in 1958. Ironically, the author of the reforms that finally made the system work was the French economist Jacques Rueff, who would soon become its harshest critic.

President Charles de Gaulle had charged his finance minister with balancing the budget, and the finance minister in turn set up a commission headed by Rueff that proposed more expansive plans to restore France to economic health. The details of the Rueff Plan do not concern us here. What matters is that as part of the reforms the French franc was devalued. As the exchange rate was fixed at too high a level, either devaluation or severe deflation was necessary. Since domestic prices reflected the true value of the franc, the only sensible policy was devaluation. With one stroke, in December 1958, Rueff removed the main remaining obstacle to convertibility (the UK had already devalued the pound in 1949, while the German mark, hard money compared to the dollar and the pound, was periodically revalued). The Bretton Woods system could finally function, only fourteen years after the conference.

No sooner had it begun functioning than the system proved unsustainable. Dollar claims now began piling up in Europe that could finance American imports. On the classical gold standard, the net outflow of dollars to Europe would have caused a contraction in the American monetary base and in the credit superstructure, but in the Bretton Woods System, foreign central banks were supposed to consider dollars and dollar claims (i.e., US Treasurys) as good as gold. Whether by design or accident, the Bretton Woods inflation machine was now in motion.

Jacques Rueff started attacking the system as soon as the early 1960s. American expansion was clearly unsustainable, as European central banks soon began redeeming their dollar claims. Political pressure was not enough to keep dollars in Europe. Yet the consequences of the system were not limited to a drain of American gold that could empty Fort Knox within a decade or two. Redemption was simply the last escape the Europeans had. They had been tied into what Rueff himself—a great friend and admirer of the US—called an “unprecedented system of spoliation.” As they were forced to hold depreciating dollar assets, creditor nations—France and Germany being the most prominent—were forced to subsidize Americans’ asset purchasing in Europe and to partially finance the prestige projects and foreign policy of the American government. The international monetary system agreed on in Bretton Woods proved to be simply a means of control and exploitation, no less real because it was invisible to or misunderstood by most Europeans.

The true significance of the closing of the gold window in 1971 now emerges. Gold had been included in the plans for the system because of the veneer of solidity it gave, and because most planners, Harry White among them, could not yet conceive of a monetary order not based on gold. But now the American government and the special interests waxing fat off American inflation and the spoliation of Europe were faced with a stark choice: defend the remaining gold reserves by renouncing inflationary policy or abandon the role of gold entirely. From the point of view of shortsighted politicos controlled by special interests, that was an easy choice to make.

The end of gold did not mean the end of Bretton Woods, however: the Smithsonian Agreement of December 1971 attempted to institute a system of fixed exchange rates with no anchor in gold at all. This only lasted until February 1973, when the Bretton Woods system was abandoned de facto. Bureaucratic institutions being what they are, this was not officially ratified until January 1976, when the IMF decreed that the price of gold was allowed to float, recognizing the state of affairs existing since 1971.

Yet the dollar standard is still the basis for the international monetary system, and dollar claims are the principal component of international reserves. Far from being the end of the dollar standard, closing the gold window opened the way for continuing spoliation. Americans can buy assets and goods from the rest of the world without offering anything real in return. They do not have to produce in order to exchange; they can simply borrow. This is true in general and partly explains the high standard of living enjoyed by Americans, but the benefits accrue principally to the financial and political elites at the center of the system. The dollar standard keeps US government debt in high demand, as it is the principal reserve asset of foreign central banks, and US financial centers prosper due to the inflow of foreign capital. The much touted “depth” of American capital markets here have a ready explanation.

There is nothing inevitable or necessary about the dollar standard. Nothing stood in the way of reestablishing a proper gold standard at the end of World War II. In the 1950s, Ludwig von Mises explained that each country simply had to abstain from inflationary policy and make its currency convertible into gold at the market rate of exchange. This would have prevented not only supposed dollar shortages and balance of payments problems, but it would have prevented the system of spoliation and the social and economic deformations that go with it. Even the apparent beneficiaries of the system, the American people, would be better off in the long run with a sound international monetary order.

Bretton Woods and the Spoliation of Europe
Nathan_Starks August 20, 2021 ECONOMY