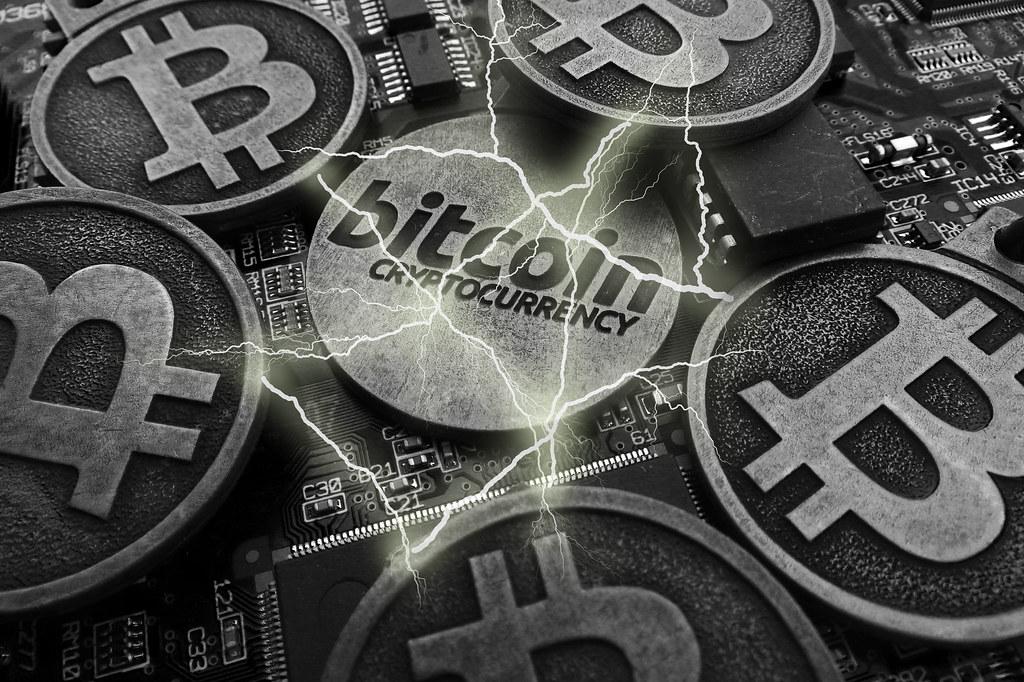 I spent the last week at the Bitcoin Lounge nestled cozily amid the Free State Project’s annual Porcfest in New Hampshire—named for the Porcupine, the libertarian mascot, and located just 7 miles from the infamous Bretton Woods as the crow flies.

As we enjoyed the mild New Hampshire summer, people wandered over to buy $2 sodas with Bitcoin, paying instantly and with zero transaction fee. I watched patient bitcoiners explain the Lightning network to newbies, taking them from zero to a Lightning wallet full of fresh hot “satoshis” in literally 5 minutes. It was the iconic “buy a coffee with Bitcoin” on steroids.

It was an on-the-ground confirmation of what the statistics are already saying: the Lightning Network has arrived. Confirmation that the Bitcoin developer ecosystem has now built the holy grail: Bitcoin as a true medium of exchange. One where transfers are instant, essentially free, and as easy to use as the simplest app on your phone, whether Uber, Venmo, or Twitter.

In fact, our sats party in New Hampshire replicated what’s now going on across the world. Just last week at El Salvador’s now-famous Bitcoin Beach, 20,000 near-instant transactions went around with aggregate fees of $4.98. One-fortieth of a penny per transaction. For perspective, that’s about 500 times cheaper than the credit card fee on a $5 cappuccino, and it’s at least 4,000 times cheaper than the average credit card transaction fee.

Note, 1/40 of a penny would cover essentially any amount—you could buy a house with Lightning for 1/40 penny. It transfers instantly, 24/7 including holidays, and is able to leap national borders and regulatory gatekeepers with zero effort. Try all that with your visa card.

These aren’t just anomalies; Lightning Network statistics have exploded since May, with network capacity now expanding by an annualized 635%. As these new Lightning apps onboard millions of people, these then pass along and train newbies by word-of-mouth, creating exponential growth that can very quickly go from irrelevant to dominant. Inventor Ray Kurzweil once said “in any exponential process, 1% is half-way there.” Lightning Network has hit the exponential zone.

It’s worth noting that we’ve all been waiting some time for this. The original Lightning Network White Paper came out in 2015, and after heady growth through 2019, the network was essentially moribund these past 2 years. I imagine the slow going was because user interfaces simply weren’t there yet for most users. But now, apparently, they are.

First, it knocks the legs out of competing “medium of exchange” (MOE) coins like Dogecoin, Bcash, Ripple, Litecoin, or their many knock-offs. Bitcoin’s government-resistance has always made it the only choice for protecting long-term savings. But Bitcoin’s fees and speeds meant that there remained a niche for MOE coins, for the same reason you buy pesos when you visit Mexico even as you keep your savings back home in dollars.

In fact, just a few months ago I wrote about this niche, how Dogecoin and similar MOE coins might be fun for a specific transaction, but they don’t compete with Bitcoin since you’d never want to park your savings in them. But now, I’d revise that and say Lightning now means MOE coins have no purpose whatsoever beyond pure gambling—cryptokitties that aren’t even pretty to look at.

The second game-changer is that Lightning’s growth radically improves Bitcoin’s odds of becoming a true daily-use currency. Hyperbitcoinization. After all, money itself has only two purposes: saving and transactions. Bitcoin’s disinflationary supply schedule had long made it superior to USD for savings, but if Lightning now means Bitcoin is also superior for transactions, that’s the whole enchilada for money. At that point, fiat is coasting on fumes and it’s only a matter of time and bureaucratic foot-dragging until hyperbitcoinization.

Of course, hyperbitcoinization won’t happen overnight for a number of reasons: installed base, complimentary services and skill-sets, customer familiarity and training, regulations, the drumbeat of nocoiner FUD [fear, uncertainty, and doubt] that throws psychological barriers at the very people Bitcoin could most help, and the volatility that all of that brings. Still, if Bitcoin now beats fiat for buying a coffee, it is a very different game with a faster timeline, higher stakes, and a much easier onramp.

Of course, don’t expect any recognition or even acknowledgment from Bitcoin critics, who have long displayed a singular failure to grasp the most basic aspects of Bitcoin. They will keep up the same tired criticisms they’ve been recycling for a decade now. Partly because they’re lazy, and partly because, as Upton Sinclair put it, “It is difficult to get a man to understand something when his salary depends on his not understanding it.”

These can include genuinely free speech platforms that cannot be censored. Or government-proof Silk Roads where regular people can buy and sell without begging for a bureaucrat’s permission. It could even open a path for people to escape totalitarian regimes, as is currently happening in Hong Kong. It goes without saying that all of these may become increasingly important—even necessary—given current trends.

Can the Lightning Network Lead to “Hyperbitcoinization”?
Nathan_Starks July 2, 2021 ECONOMY