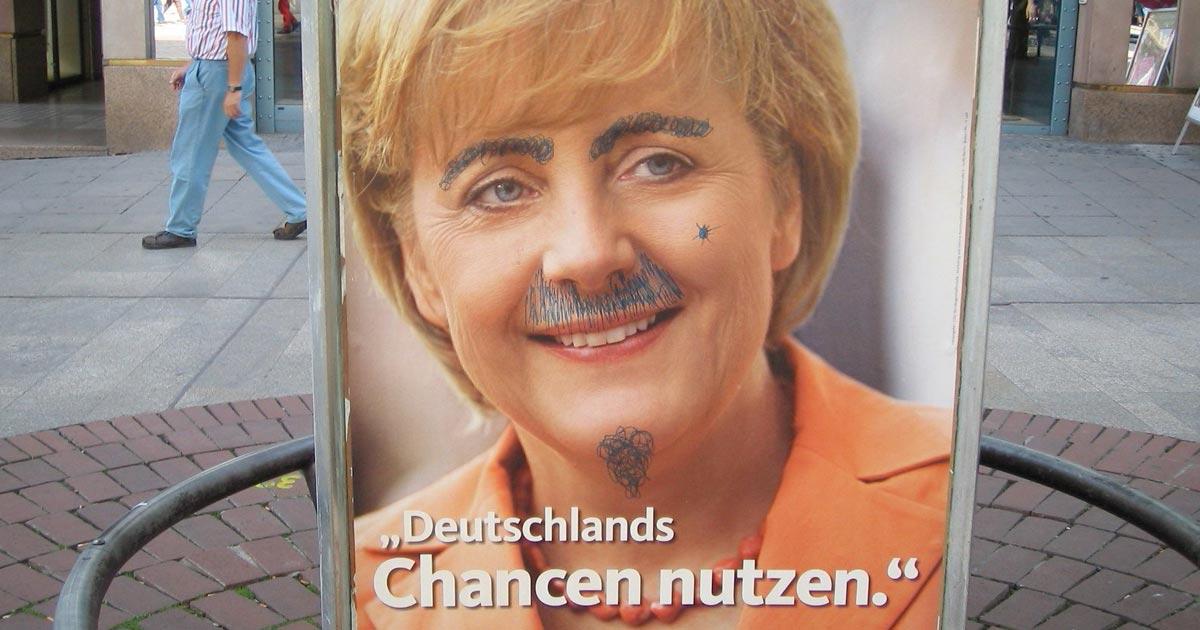 As Angela Merkel prepares her exit from the chancellery in Berlin, a false alarm is ringing in Europe about an imminent danger of “stagflation.” This phenomenon, like dragons, belongs to mythology rather than real historical or present circumstances.

The noise will prevent any faint alarm being heard about the true danger of post-Merkel monetary deluge in Europe—a French and Italian debt crisis culminating in euro collapse.

The stagflation myth originates from the 1970s experience in the US. Data averages collected over the period as a whole (1973–80)—including a virulent monetary inflation and economic boom (1976–78) sandwiched between two recessions featuring energy supply shocks—show high Consumer Price Index (CPI) inflation accompanying real economic sluggishness.

Fast-forward to the present: European CPI inflation has been climbing through the year (3 percent year on year in September), albeit staying below US comparisons in part because of a low or zero weight for housing and secondhand cars. Yet real economic performance in Europe has been seriously subpar if we correct for optical illusions related to the end of lockdowns and a receding pandemic.

Now an actual and looming crisis of natural gas supplies in Europe (amid forecasts of Russian supply shortages and domestic production curbed by environmental policy) could mean consumers in some countries facing a doubling of bills and also disruption. Russian president Vladimir Putin, with the Nord Stream 2 pipeline to Germany now complete, could make the crisis much worse for eastern and southern Europe. Some experts suspect Gazprom is already manipulating gas prices.

This gas crisis comes on top of worsening bottleneck problems in the global economy. The whisper number for euro area CPI this winter is around 5 percent year on year. Meanwhile the outlook for economic rebound from the pandemic crisis is souring. Among the large European countries, only Germany this autumn is back to eve-of-pandemic GDP levels.

Even European Central Bank chief Christine Lagarde had to take note of the stagflation alarm in her September 9 news conference, crucially placed ahead of the German general election (September 26). Making a cosmetic concession to the Bundesbank point of view, she announced an insignificant tapering of quantitative easing.

This consummate ex–French politician, acutely sensitive to the importance of the ECB-Berlin axis in sustaining the status quo of the European Monetary Union (EMU), succeeded in removing the euro as a topic of debate between the mainstream parties. Neither EMU nor stagflation alarm (nor President Putin!) featured at all in the final TV debate (September 12) between the three chancellor candidates (for the Christian Democratic Union, Social Democratic Party, and Greens). Lagarde’s recent announcements about a “greening” of the ECB monetary policy framework doubtless pleased the Greens, whom pundits see as a kingmaker in coalition negotiations subsequent to the elections.

If there had been a question on stagflation, the correct answer from any of the candidates would have been that this is not the real danger.

Stagflation is a misleading term coined back in the 1970s by popular critics of the Arthur F. Burns Fed’s monetary “stimulus,” which was followed in Europe by countries outside the Deutsche mark orbit. These critics in their understandable concerns were too quick to point out a denouement of high inflation and high unemployment without attention to fine but important detail. The high average CPI inflation of 1973–80 turned on the potential of economies to be stimulated by monetary policy into an inflationary boom (1976–78). Notably, France in that decade was in an economic miracle.

Today by contrast there is widespread economic sclerosis largely resulting from a long monetary inflation which has spurred malinvestment and the advance of monopoly capitalism. Yes, we should be assessing the threat from this long monetary inflation, aggravated to a new pitch during the pandemic by the ECB and condoned crucially by Chancellor Merkel. It is an erroneous diversion, however, to dig up popular but erroneous diagnoses from the 1970s.

The original episode of “stagflation” in the 1970s started with the Middle East Organization of the Petroleum Exporting Countries embargo and related quadrupling of the oil price in the immediate aftermath of the Yom Kippur War (autumn 1973). CPI inflation accelerated in the aftermath of this episode despite a gathering economic downturn. In fact, monetary inflation at that time was already turning to monetary disinflation, with the Burns Fed having imposed a monetary squeeze in summer 1973.

A jump in consumer prices due to supply disruption is no symptom of monetary inflation and would occur under a sound money regime. But once the disruption is resolved consumer prices should fall back. Instead, the Burns Fed stepped on the monetary inflation accelerator. Strong symptoms of goods and asset inflation emerged through 1976–78 amidst a powerful US and global economic boom. Then, as monetary policy started to tighten, the eruption of the Iranian Revolution brought a new oil supply shock, causing prices to spiral upward just as the economy was slowing.

Fast-forward to the alarms now ringing about stagflation in 2021.

In Europe as in the US much of the spike in CPI inflation this year has been driven by “dislocations on the supply side,” the notorious bottlenecks which are the essence of central bank speak that inflation is transitory. In turn these have contributed to enforced cutbacks in production. Uncertainties as to the waiting time for deliveries alongside a squeeze on real incomes are weighing on demand.

Protestations of concern by the Fed and foreign central banks about supply disruptions (and the notorious transitory inflation due to bottleneck problems) beg the issue of responsibility here. Massive monetary “stimulus” contributed to a huge lopsided surge in demand for consumer durables while inflating the digitalization boom driven by stay-at-home needs during the pandemic.

We should view the supply disruptions and the resource costs of clearing the backlogs ultimately as belonging to the subject of malinvestment as induced by monetary inflation. Overconsumption and malinvestment lie behind these bottlenecks, and their sequel could well add to recessionary tendencies. That is all par for the monetary course.

The present run-up of CPI inflation in Europe, exacerbated most likely by the further surges in the natural gas price (this in contrast to the bottlenecks could be a genuine supply shock), is unlikely to mutate directly into the sustained high-CPI inflation characteristic of the 1970s. The real danger of a sustained leap in euro area goods and services inflation lies elsewhere—in the rise and fall of asset inflation, the defining characteristic of monetary inflation in Europe during the Merkel era.

When global asset inflation turns to deflation there is a high probability that debts of the French and Italian governments and the banking systems in those two countries will come into the storm center of crisis. French banks have now notorious exposure to potential “bubble areas,” including Chinese loans, built up during long-run European and US monetary inflation. French government finances are now as weak as Italian ones on the eve of the pandemic. The cancellation of Australia’s megaorder for French submarines last week amid a larger existential crisis for the French military sector highlights weaknesses in French credit.

Perhaps the three-party coalition government to emerge from the German elections will indeed work closely with Paris and say yes to a European banking union and unlimited bailouts via the ECB. That Chinese-type solution to Europe’s debt woes—severe monetary repression in an effectively state banking system—would drive capital flight from Europe on a scale not seen in China, with its inconvertible currency shielded by myriad of exchange restrictions. A euro collapse, rather than gas prices and bottlenecks, is the most likely source of sustained high CPI inflation in Europe following the Merkel era.