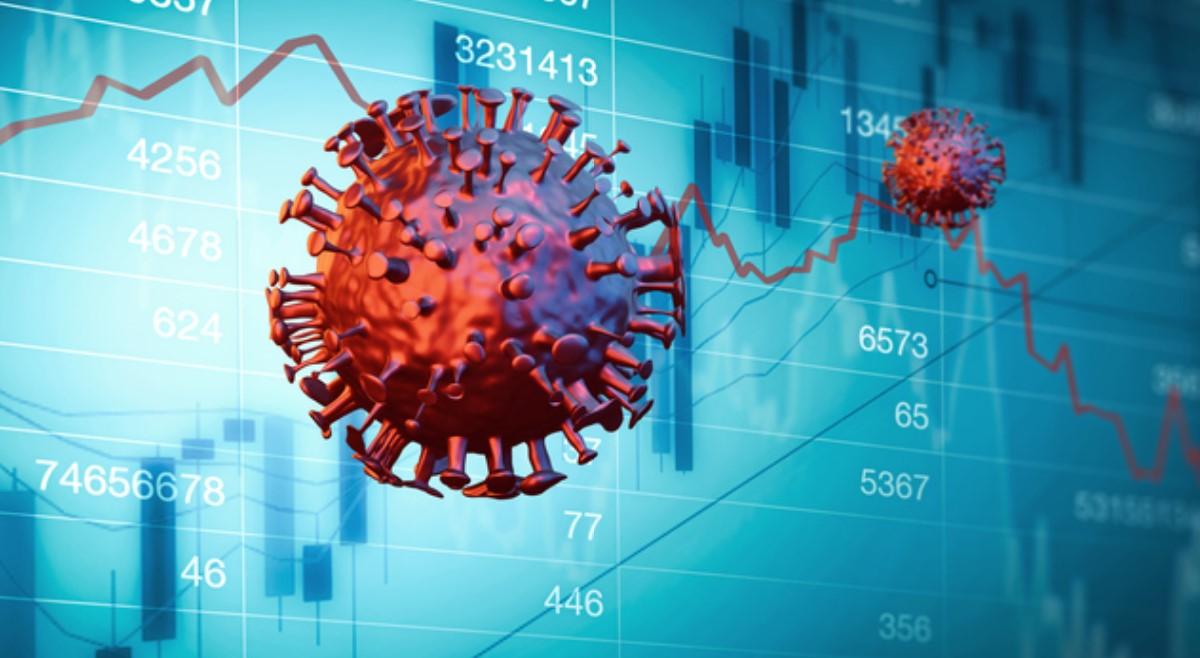 Here’s something we often heard in 2020 from experts who wanted long and draconian covid lockdowns: “Yes, these say-at-home orders are causing economic turmoil, but if you don’t lock everyone down now—and keep them locked down for a long time—your economy will be even worse off!”

The reasoning was that without lockdowns, the covid-19 virus would spread out of control and that as a result, so many people would die—or become so ill—that virtually everyone would become too afraid or too sick to leave his home. We were told widespread economic collapse would then ensue.

The complete lack of any correlation between economic success and covid lockdowns illustrates yet again that the confident predictions of the experts—who insisted that states without long lockdowns would endure bloodbaths and economic destruction—were very wrong.

Lock Down or Else!

By late April 2020, many Americans were pressuring their governors and other elected officials to end the stay-at-home orders.

Yet, advocates for long and enduring lockdowns—after an initial period of claiming, “Two weeks to slow the spread”—insisted that lockdowns should be left in place indefinitely. In early April, for example, Anthony Fauci proclaimed that lockdowns had to remain in place until no new cases appeared. Similarly, former presidential advisor and physician Ezekiel Emmanuel flatly stated that there is “no choice” but to stay locked down for eighteen months or more.

Yet as governors and antilockdown activists continued to press for a “reopening,” the word “premature” became a go-to term for activists seeking longer lockdowns. We must avoid a “premature reopening,” we were told, or else the economic pain of not having a lockdown would be far worse than the pain of lockdowns.

In the Harvard Business Review on April 1, 2020, for example, the author concluded:

This may seem strange, but the economy will be even worse if it is restarted prematurely, which, in turn, means that a pre-specified or national date for reopening the economy should be avoided.

That is, even talking about ending lockdowns was a terrible idea to these people.

In Salon on May 5, the author Amanda Marcotte writes:

There’s good reason to fear that by reopening prematurely, the economic damage will be even worse than if we pursued a more rational course…. Sick people can’t work. Even those who have extremely mild symptoms will likely be under quarantine (as they certainly should be) to stop further spread.

Marcotte goes on to explain that without lockdowns, death and disease will be so rampant that no stores will have any customers (or workers), so businesses will fail at devastating rates:

Business will be “open” and people will be employed or employable, technically speaking. But whether there’s actually work or any revenue coming in just because the doors are open is quite a different matter.

“You can’t reopen your hair salon if there’s no one there to do hair,” [Vox writer Emily] Stewart writes.

As painful as extending the current lockdowns would have been, adding more chaos and sickness will just make the whole situation worse.

What Happened in the States That Opened “Prematurely”?

Did these predictions come true? If the advocates of extending lockdowns were right, we should expect to see far worse economies in states like Florida, Utah, Georgia, and South Dakota.

Indeed, when Georgia was the first state to announce an end to its stay-at-home order, the Atlantic proclaimed the move to be an “experiment in human sacrifice.” Surely, such widespread death devastated the local economy, just as the experts predicted.

At the same time, those states that kept lockdowns and forced social distancing measures in place much longer must have more vibrant economies today.

This, of course, never happened.

Indeed, throughout 2020, and into early 2021 (the most recent data) GDP (gross domestic product) growth is better in Georgia and Florida than in New York and California, and about the same as in Massachusetts. GDP growth in Utah—where lockdowns were sparse and weak—is better than in every other state. South Dakota, which never imposed a stay-at-home order at all, shows more economic growth than California and nearly as much as New York.

Indeed, if we look at states across the board, we find no correlation at all between the length of lockdown and economic growth. Moreover, keep in mind that both California and New York are among the states receiving the most covid bailout and relief money per capita. If anything, their GDP numbers should be among the best after receiving such hefty amounts of wealth, transferred from other states. And yet these states aren’t even doing as well as Georgia, the supposed land of “human sacrifice.”

So why were the experts so very wrong?

For one, the data continues to suggest that lockdowns don’t make much of a difference in the total number of people who die from covid (per million).

[Read More: “They Said Things Would Be Much Worse in States without Lockdowns. They Were Wrong.” By Ryan McMaken]

Although the experts predicted health outcomes would be far better in New York than in Florida, Georgia, Texas, and a dozen other states with weak or nonexistent covid restrictions, things didn’t turn out that way.

So, not only do many states with harsher lockdowns have far worse covid death totals, but they also have worse economies. It’s just the latest illustration of the fact that the lockdown advocates were just making things up and were willing to say anything that pushed their vision for a centrally planned and centrally controlled society in the name of “science.”

Experts Said Ending Lockdowns Would Be Worse for the Economy than the Lockdowns Themselves. They Were Wrong.
Nathan_Starks July 3, 2021 ECONOMY