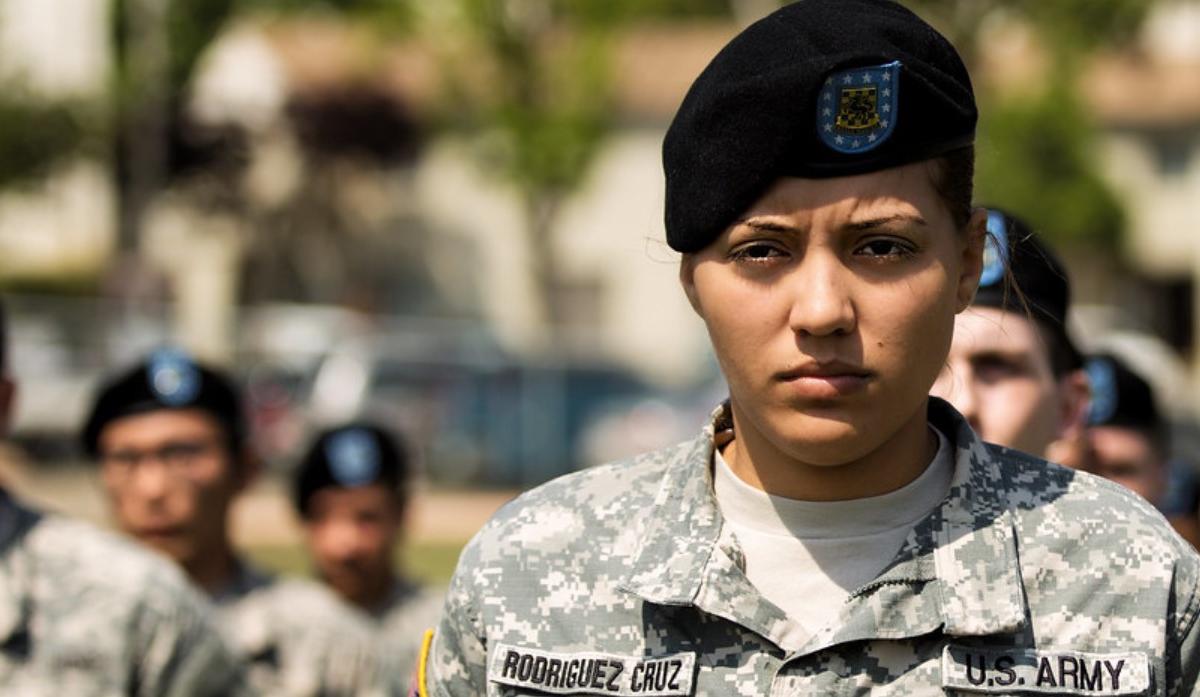 As in many previous years, this year’s National Defense Authorization Act (NDAA) is chock-full of terrible legislation slyly inserted into the NDAA for the purposes of concealing matters from the public. Both parties have been long guilty of this, with both groups using the NDAA to pass police state legislation increasing federal spying and law enforcement powers.

All of the NDAA should be considered controversial since so much of it is devoted to perpetuating the US’s aggressive, wasteful, and counterproductive efforts at global hegemony. But the NDAA also often contains domestic innovations like this year’s inclusion of provisions “grant[ing] military courts the authority to strip servicemembers of their Second Amendment rights without due process and without the servicemember being present in court to defend themselves.”

Unfortunately, though, the only provision that seems to be attracting a lot of attention is the so-called daughter draft which expands mandatory Selective Service registration to women.

In other words, the legislation expands what is de facto conscription since it sets up the US government to enact an active draft with ease and to track down all the young people who are to be forced into military service should the federal government decide to do so.

Any opposition to expansion of the draft is welcome. Yet the reasons for the opposition—mostly coming from conservatives—amount to little more than weak-tea arguments wrapped up in the usual promilitary pablum we’ve come to expect from the Right. These arguments ultimately boil down to saying, “Yes, it’s perfectly fine to enslave young men for a period of years in service of the state. Just don’t do it with women.”

With “opponents” granting such draconian state acts this level of deference and legitimacy, it’s no surprise the regime turns around and decides “the draft is for everybody” after all.

Of course expanding the draft to woman should be opposed, but meaningful opposition must come in the form of opposition to conscription overall. After all, the worst part of conscription is the fact the real-world effect of any draft is a massive expansion in government power over the lives of the population.

Conscription as a 100 Percent Tax

“Conscription is slavery,” Murray Rothbard wrote in 1973, and while temporary conscription is obviously much less bad—assuming one outlives the term of conscription—than many other forms of slavery, conscription is nevertheless a nearly 100 percent tax on the production of one’s mind and body. If one attempts to escape his confinement in his open-air military jail, he faces imprisonment or even execution in many cases.

Conscription remains popular among states because it is an easy way to directly extract resources from the population. Just as regular taxes partially extract the savings, productivity, and labor of the general population, conscription extracts virtually all of the labor and effort of the conscripts.

Conscription as a Weapon in the Culture War

If the debate over this issue continues, we’re likely to hear a lot about how “fairness” and egalitarianism requires an expansion of the Selective Service System. It’s part of the Pentagon’s much-touted mission in expanding roles for “transgendered” people and other groups who have presumably been unjustly denied the opportunity to participate in the latest “regime change” scheme.

But those claims are all distractions from the central issue here, which is the state’s power over the citizen.

After all, if women want to go help bomb children in Afghanistan—and join the Pentagon in losing wars across the globe—they are free to volunteer. Whether or not women can be directly involved in military acts, however, is a completely separate issue from conscription and the Selective Service. There is a difference between opening up military jobs to women and forcing women into military service.

Besides, if fairness is a concern, there’s an easy way to achieve fairness on this issue: abolish the Selective Service for everybody. It’s as easy as that. It wouldn’t even cost a dime of taxpayer money. Simply shred the records, fire everyone who works for Selective Service, and lease out the office space to organizations that do something useful. Then, we won’t have to hear anything about “discrimination” or the alleged sexism implicit in a policy that outrageously neglects to force women to work for the government against their will.

But Isn’t This Just a Symbolic Gesture?

Some who want to expand Selective Service for egalitarian reasons are claiming that it’s all just symbolic anyway, because the draft “will never happen.”

It’s a mistake to think that the draft could never return because people supposedly would overwhelmingly oppose people being forced into combat. Even if that is the case, there is no reason at all why conscription could not be used to draft people for noncombat positions. After all, only a very small portion of the military ever sees combat. The vast majority of soldiers are involved in logistics, transportation, and desk jobs such as computer programming.

Only a small portion of military deaths occur in combat. Most deaths in the military are due to accidents.

Additionally, there is no reason that Selective Service could not be modified to be used to draft people for so-called national service positions in which conscripts would perform noncombat bureaucratic and manual labor jobs. Austria and Switzerland (which have conscription) allow this option for those morally opposed to combat. And historically—such as during World War II—“service” was imposed on conscientious objectors who were forced to work on farms or perform other types of manual labor in special camps.

So no, the draft is not “hypothetical,” “symbolic,” or something that “will never happen.”

Numerous countries in Latin America, Europe, and Asia still employ conscription, and it is hardly some kind of never-used relic from the distant past.

Military service is one thing, the editors at National Review once wrote, but forcing women into it is “barbarism,” they admit. They’re half right. It is indeed barbarism to force women to fight wars for the state. But the same is also true of conscription for men.