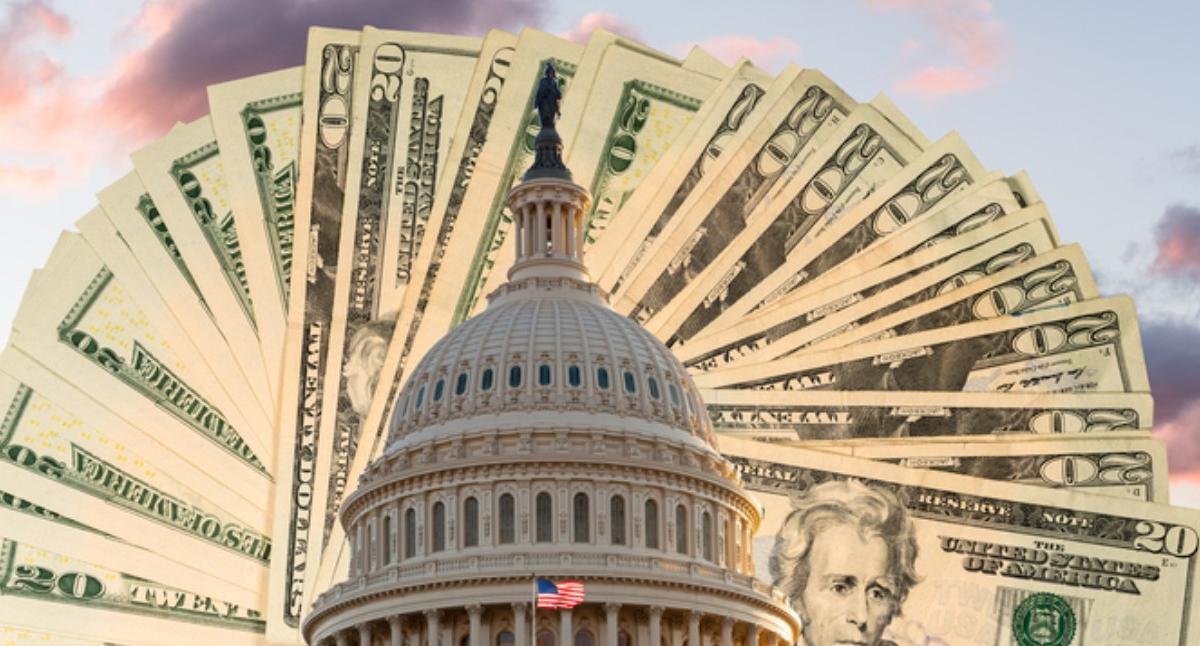 The Feds Tax Us a Lot More than the States

But even if we ignore all the ways the federal government can spend at astronomical levels thanks to huge deficits and monetary tricks, we find the feds are still very much in the game of collecting good old-fashioned taxes. And lots of them. Moreover, the feds are collecting a lot more in taxes than even all state and cities combined.  When it comes to taxes, the federal government is the biggest game in town, and it should surprise no one that everyone is looking to DC for some easy cash. We might hear a lot about how “blue states” are levying crippling taxes on their residents. But not even the governments of California or New York have anything on the federal government when it comes to extracting wealth from the taxpayers in America.

According to a 2018 study from the Tax Policy Center, for example, “Federal, state, and local government receipts totaled $5.3 trillion in 2016. Federal receipts were 65 percent of the total, while state and local receipts (excluding inter-governmental transfers) were 20 percent and 15 percent, respectively.”

State and local governments may certainly be taking their pound of flesh from the taxpayers, but the fact is the federal government is taking a whole lot more.

Indeed, contrary to the US’s reputation for “local control,” the United States is not particularly decentralized when it comes to tax revenues and government spending. When it comes to taxation, the central government dominates in America.  In in his study on taxation, for example, Anwar Shah categorizes the United States as “centralized,” noting—with numbers similar to those of the Tax Policy Center—that the federal government collects more than sixty percent of all tax revenue in the nation. This puts the US in the same category—according to Shah—as Brazil and Russia.

On the other hand, only 37 percent of all tax revenue is collected by the central government in Switzerland, a “decentralized” tax system according to Shah.

In other words, the state and local governments in Switzerland collect most of the taxes, while the situation is reversed in the United States.

This becomes even more clear when we look at tax collections on a state-by-state basis.

The difference is even more obvious in many other states. In Florida in 2019, the federal government collected $210 billion from the taxpayers. The State of Florida, meanwhile, collected $44 billion. In other words, for Florida residents, Florida’s tax bill was only one-fifth the size of the federal tax bill.

Even in big states with huge tax hauls like New York, Illinois, and Pennsylvania, state tax collections don’t even begin to rival the taxes pulled in by federal payroll taxes and income taxes.

Local governments tend to collect an even smaller amount than states, when compared to federal spending.

The political implications for this are large. Thanks to the Sixteenth Amendment, the federal government is able to tax Americans directly and it does so in amounts that are usually more than double what the state governments pull in. This puts an enormous amount of power in the hands of federal officials, and it means fiscal power in the United States mostly resides in the hands of federal policymakers. (We could contrast this with Switzerland where the federal power to tax expires without an affirmative vote extending this power every ten years or so.)

It’s a big reason why we’re now seeing state governments go to the federal government seeking bailouts—and why interest groups spend so much time and energy focusing on federal laws, taxes, and regulations.  It’s only natural that they should. Washington, DC is where most tax money goes in America, so we should expect to find most of the political power there as well. Once we consider that the federal government—with the help of the central bank—can spend far beyond even what it collects in taxes, we should not be surprised that in times of fiscal crisis, state and local governments go running to the feds. As the old saying goes, he who pays the piper calls the tune, and with states playing the part of junior partner in the taxation game, we should expect them to be junior partners in every other sense as well.

The Feds Collect Most of the Taxes in America—So They Have Most of the Power
Nathan_Starks June 25, 2021 ECONOMY