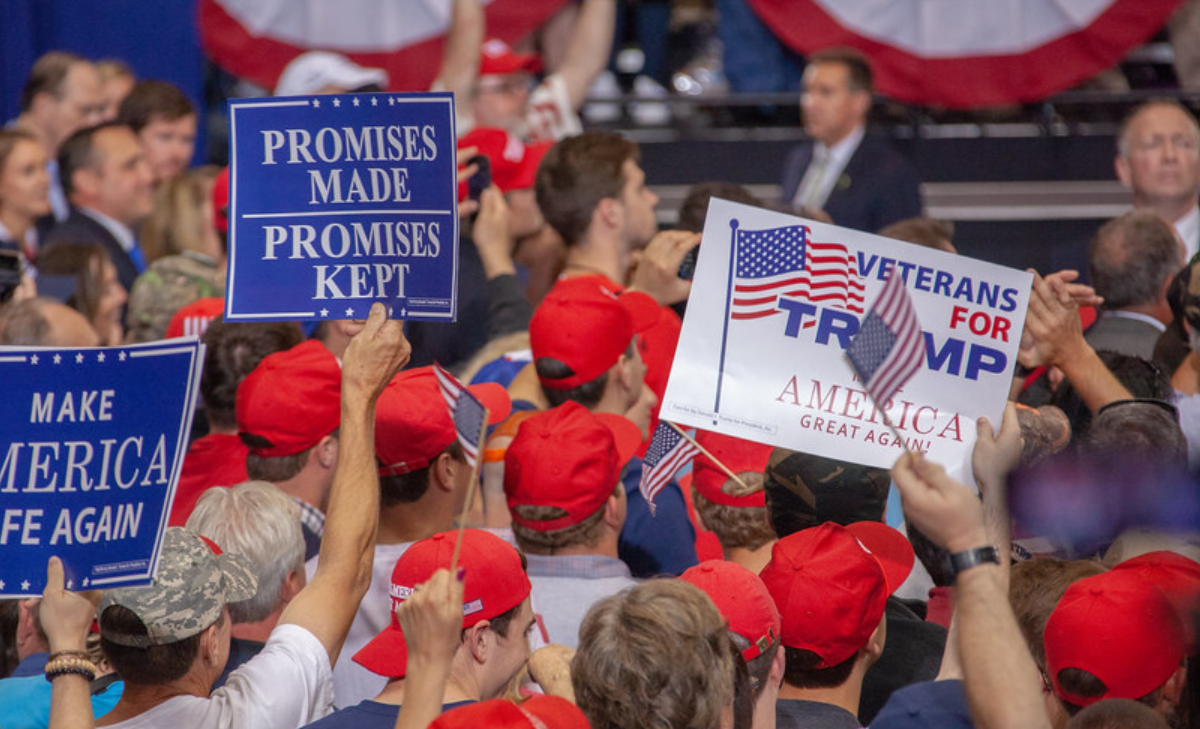 There is good reason to believe that the 2020 election was a repudiation of far-left social and economic policy in the United States. This interpretation at the very least has been taken to heart by many Democrats who lost seats in the US House and who now fear—with good reason—greater losses during the midterm 2022 elections. Many blame the factions who represent the most far-left elements within the party. Moreover, when we look at the US’s center-right party—i.e., the GOP—we find it made gains nationwide when both federal and state level offices are considered.

It still remains unclear just how close the final vote for the presidential election will ultimately be, but the “Blue Wave” which many pollsters rather absurdly predicted certainly never materialized.

What is less clear, however is whether or not the usual center-left elements of the American political scene have been repudiated at all. One would be very hard pressed to make the case that this election illustrated any widespread appetite among Americans to embrace an agenda of lower government spending, cuts to social welfare, or restrained monetary policy. Although the media likes to portray Trump as a right-wing troglodyte, the fact is Trump in 2020 did not run on a platform of overturning to any significant extent any of the left’s victories solidified during the Obama years, including new gay marriage provisions, Obamacare, or increased social spending. Indeed, Trump increased government spending to unprecedented levels, imposed new gun controls, and did little to rein in a CDC bent on destroying the economic well-being of countless American families.

Perhaps Trump suspected that any sizable ideological turn to the right would doom him politically. If so, he was probably right to think so. Social policy related to gay marriage has become pretty much a nonstarter, and long gone is the old conservative social agenda that was arguably still popular ten years ago. Similarly, running on a platform of reining in federal spending would require outlining where a candidate plans to cut spending. Yet, federal spending on welfare programs like Social Security, Medicare, and Medicaid is consistently popular. Pledging to cut voters’ gravy train is not exactly a recipe for political success.

Many of Trump’s supporters—including most Republicans—appear to be fine with this. Even as it became clear the administration would generally embrace the center-left status quo—at least on domestic policy—Trump’s support among Republicans only increased over his term, rising from about 90 percent to 93 percent.

There’s little evidence that the so-called silent majority, to the extent it exists, has any interest in scaling back social programs or taking a robust position against the policies of the Obama years. Consequently, if the GOP hopes to actually win elections, it needs to keep moving left. In other words, if the “center” keeps slowly moving leftward, then the center-right party will need to keep moving left as well.

In a world where the Left to varying degrees control nearly all educational and cultural institutions—as is indeed the case in the United States today—it is only natural that the ideological views of the voters will keep moving left as well.

Candidates Must Move Left, Too

To win elections, political candidates will have to reflect these views. After all, winning elections involves—for the most part—a political party offering up candidates that can appeal to voters based on the voters preexisting ideological views. This will vary based on the jurisdiction in question, but candidates in national elections will have to appeal to the views of voters nationwide. Statewide candidate such as governors will need to do the same with the states’ voters. And so on.

Overall, if the ideological views held by the public are learned in colleges, high schools, and through Hollywood movies, political candidates can only be successful if they can package themselves in such a way as to appeal to these voters. If a political party can’t offer candidates and policy agendas that reflect the ideological views of at least a large minority of the voting population in the jurisdiction in question, it will simply fall into irrelevance.

This same argument, of course, is often made by party members themselves.

We can find examples of this from the days of George W. Bush. Bush planned to run for reelection in 2004, so his administration aggressively pushed what became the Medicare Prescription Drug, Improvement, and Modernization Act of 2003. This was at the time the largest expansions of the welfare state since the Great Society. It greatly expanded government spending on Medicare, especially on prescription drugs.

The motivation, of course, was to pander to elderly voters who were quick to embrace the prospect of more “free stuff” paid by current wage earners. Naturally, libertarian elements within the Republican Party complained about this expansion of state power and state spending. But opponents of the administration’s plan were shouted down by party loyalists who insisted that expanding the welfare state in this manner would help secure a Republican majority for years to come.

We now see similar logic being used by Trump’s supporters, and the underlying electoral philosophy has been the same in both 2005 and 2020. We’re told the candidate must be allowed to appeal to the voters in order to win reelection. And if that means abandoning all plans for cutting government spending, or undoing the Left’s gains elsewhere, then that’s just what we have to do.

Of course, embracing untrammeled growth in government spending was not always the recipe for winning an election. If we lived in the late nineteenth century, many American voters would want hard money, low tariffs, and low government spending. Indeed, Grover Cleveland was able to win the Presidency twice appealing to these views. Once upon a time, it was possible to win elections by pledging to cut federal spending.

But this was only possible because a sizable portion of the population actually embraced ideological notions of laissez-faire. If the public has different ideological views, successful politicians will have to change accordingly. Ludwig von Mises drives home the point:

The Russian conservative is undoubtedly right when he points out that Russian Tsarism and the police of the Tsar was approved by the great mass of the Russian people, so that even a democratic state form could not have given Russia a different system of government.

Mises’s point was that if the voters want Tsarism, then that’s what the voters will get. After all, “As long as the majority of the Russian people … stood behind tsardom,” Mises continued, then the Russian political class could only benefit from embracing tsardom as well.

Similarly, in modern America, so long as a sizable portion of the American electorate stands behind a ceaseless expansion of the size and power of the federal government, a politician will not suffer by taking the same position.

What is the solution to this? Only after the direction of ideological and cultural trends change will political candidates be able to change how they appeal to voters. This requires a big change in the institutions that dictate ideological and cultural trends. Alas, most opponents of the Left, such as conservatives and libertarians, continue to think primarily in terms of fighting only short-term political battles. The Left, meanwhile, fights ideological, cultural, and political battles simultaneously. This is why eight years from now, GOP candidates and party activists will be embracing most everything implemented during the Biden-Harris years. It will be the only way to get elected.